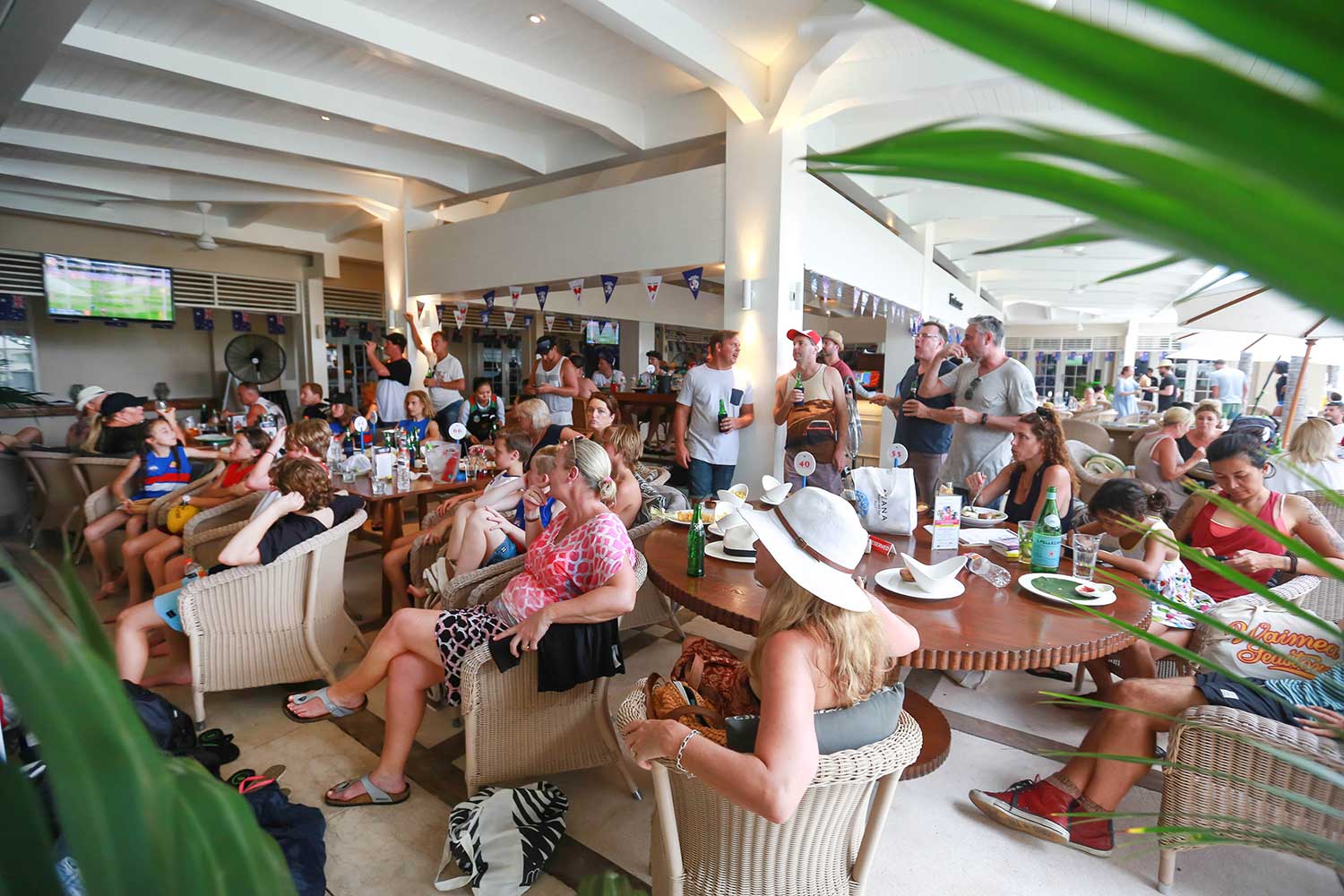 If you’re a footy fanatic….and judging by the butts on barstools in Bali sports bars each weekend there are many… you’ll be getting a tad excited as we near the latter part of football season. Finals are approaching and it’s getting to the pointy end of the competition with that silver chalice in the line of sight for several teams on the sporting ladder.

A time of year when anguished cries over lost tries can be heard emanating from clubs and bars across the island, when slightly-too-tight jerseys bearing team colours and insignias make their annual appearance, and when the weekend of September 30th to October 1st is reserved for nothing else but FOOTBALL!!!
It appears the team at Finns are just as fanatical about footy as you are because this year they’ve upped the ante for Grand Final weekend entertainment. No chance of missing even a minute of the game with two big screens, including one huge LED screen on the footy field, as well as thirty plasma screens positioned inside the Sports Bar and outside around Bistro C.

Choose A/C and indoors in the Sports Bar or the festhaus ambience of Finns’ Footy Beer Hall for Saturday’s AFL Grand Final – a shaded marquee in the middle of the Rec Club lawns, decked out with draft beer on tap and great deals on icy cold buckets of bottled beer. It would barely be a Grand Final without footy food and Finns will have the BBQ stoked up and ready to go along with the entire meaty menu from Smoke House available to accompany your beverages. I’m thinking beers and a beef brisket here meat lovers…..nom, nom, nom!

Grand Final weekend is an all ages event and Finns is providing plenty of ‘on field’ entertainment for the whole family. Let the kids spend the afternoon on the free jumping castles then put your fancy footwork skills to the test for the chance to win Rp10,000,000 in Finns ‘Kick the Ball Comp’. If the scoreboard after the final siren doesn’t leave you with a grin, try your luck another way and pick the margin win!

Coverage of Saturday, September 30th’s AFL Grand Final action begins from 8am with kick off for the main event from midday (Bali time). NRL football final viewing the following afternoon on Sunday October 1st provides potential for a much needed sleep in and some recovery time before on field antics start again at 2pm with the big battle from 5pm.

But there’s no need to clear the bleachers once the whistle blows and the players leave the field because Finns is featuring live entertainment from alternative Bali based band, Silent Alarm after each game! Entry to Finns Recreation Club is free and everyone is welcome. The countdown to finals weekend is on. Wear your team colours, show some fighting spirit and warm up those vocal chords football fans ‘cos it’s gonna get loud!

Members Get More with Finns Social Plus Packages